Welcome to The Tower Clock Co.

We are carpenters and machinists providing the highest standard of preservation, restoration and repair of some of the most unique antique tower clocks in the world.

“When we unveil a finished project, I love seeing the surprised faces of those who are experiencing a restored piece of history for the first time.” 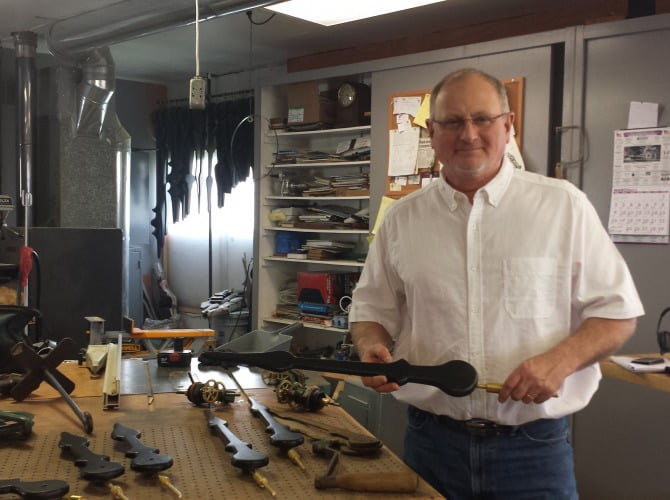 As a third generation carpenter and machinist, Phil established The Tower Clock Company in 1984 to provide expert preservation, restoration and repair of antique tower clock mechanisms and dials.

He specializes in the preservation of tower clocks from the mid-1800’s to 1900’s including major manufacturers such as E. Howard, Seth Thomas, A. S. Hotchkiss and Nels Johnson Century.

In order to preserve the history of a time piece, his process is delicate. He restores or design-builds clock housings, weight chutes, boxes, bell hammers and automatic winding systems. He rescues the remaining original paint layers and art, never using glass bead blasting or harsh chemicals. He hand cleans and polishes the wheels, pinions, arbors and machined parts.

Nationally recognized in the past three decades, Phil has been given the distinguished honor as the Preservation Consultant and Repairman for The Henry Ford Museum Tower Clock Collection where his restoration work may be found on the grounds and on display in the museum.

His most recent honor was being entrusted by the John Kraft Building Service and the U.S. Army Corps of Engineers to restore the Rock Island Army Arsenal, a tower on the National Register of Historic Places. 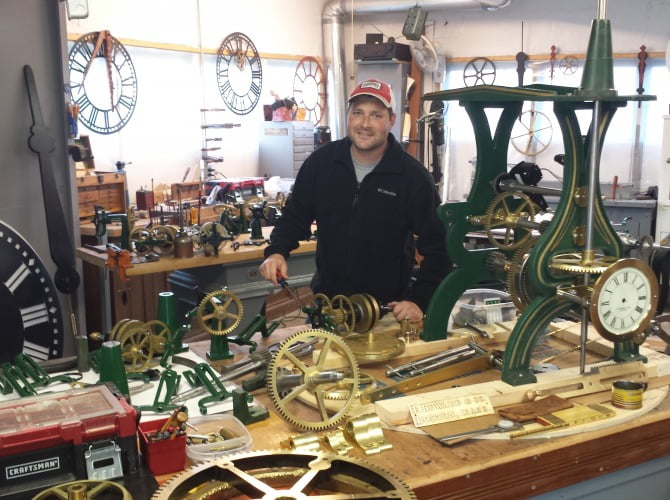 In 2004 George started his career as an Industrial Safety Inspector for the State of Ohio, Department of Commerce. After meeting his wife in 2013, his father-in-law, Phil Wright, introduced him to the art of the tower clock and it has been his passion ever since. Over time, he has mastered the art of multiple machines and fabrication of many clock parts critical to restoration.

George can be described as organized, meticulous and a man of few words. He is our resident research specialist who tirelessly works to find needed historic information for our projects.

He has become our resident expert on the careful rigging required to carry down heavy pieces in preparation for restoration, and back up for final installation.